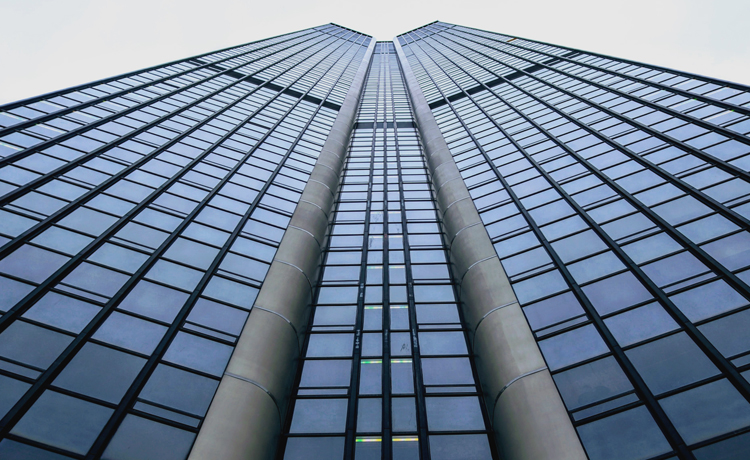 • On August 28, 2020, the Intellectual Property Division of China's Supreme People's Court issued an injunction order in Huawei v. Conversant that before it renders its final judgment, Conversant shall not apply to enforce the Düsseldorf Regional Court’s injunction order in the German case between the two parties.

• This is the first anti-suit injunction issued by a Chinese court in a SEP dispute.

• The Chinese injunction order includes a penalty of RMB 1 million per day if Conversant violates the order.

Conversant is a non-practicing entity (NPE) and acquired a patent portfolio of about 2,000 patents and patent applications (including SEPs), covering about 40 countries and regions, from Nokia in 2011. On July 24, 2017, Conversant brought an action against Huawei and ZTE before the High Court of Justice in London, alleging the two defendants of infringing its 4 UK patents and asking the court to determine global FRAND royalty rates for the above global patent portfolio[1].

On January 25, 2018, Huawei brought three actions before the Nanjing Intermediate People's Court,[2] applying for non-infringement declaration toward three Chinese SEPs owned by Conversant and a determination of FRAND terms (including royalty rates) for the Chinese market toward all Chinese SEPs owned by Conversant.  On September 16, 2019, the Nanjing court issued the first-instance judgment and dismissed Huawei’s request for a non-infringement declaration on the grounds that the asserted patents (ZL 00819208.1, ZL 200580038621.8 and ZL 200680014086.7) had all been invalidated.  Since 8 of the fifteen Chinese SEPs[3] held by Conversant had already been declared invalid in prior administrative proceedings, the court assessed the essentiality of the remaining 7 SEPs and decided that only one patent (ZL 200380102135.9) was essential to 4G technologies under relevant 3GPP standards.  The court thus ruled that Huawei and its Chinese affiliates only needed to pay royalties for the 4G mobile terminal products for that patent, with the rate of single-mode 4G mobile terminal products being 0.00225% and the rate of multi-mode products being 0.0018% in China[4].   Conversant appealed the first-instance judgment to the SPC IP Division[5] and the two parties are awaiting for the second-instance judgment.

On April 20, 2018, Conversant sued Huawei for patent infringement in three cases before the Düsseldorf Regional Court in Germany, involving patents EP1797659[6] , EP1173986 [7], and EP1878117 [8] (Conversant also sued ZTE in three other cases based on the same patents).  On August 27, 2020, the Düsseldorf court handed down the first-instance judgments in the actions involving EP1797659.  In the case against Huawei, the court found Huawei to be an unwilling licensee and thus rendered an injunction order prohibiting Huawei and its German affiliates from providing, selling, using or, for such purposes, importing or possessing relevant mobile devices, and prohibiting Huawei from supplying or delivering UMTS-compliant mobile phones and tablets to customers.  The court also ruled that Huawei shall reveal information about the infringing acts and sales, destroy and recall the infringing products, and bear the cost of litigation.[9]   Conversant can enforce the injunction on the condition that it provide a bond of 2.4 million euros.

Huawei applied for behavior preservation to the SPC IP Division at the same day the Düsseldorf Regional Court issued its decision, seeking an order prohibiting Conversant from enforcing the Düsseldorf decision before SPC IP Division issues its final judgment in the Chinese action.  Huawei also provided a bond of RMB 19.7 million for the application.  On August 28, the SPC IP Division issued a ruling granting Huawei’s application, which is the first anti-suit injunction that Chinese courts have issued in SEP cases that involve parallel proceedings in other jurisdictions.

The Civil Procedures Law does not provide for specifics regarding behavior preservation against the enforcement of a foreign court judgment as Huawei applied for.  The SPC IP Division identified and analyzed 5 factors in deciding whether to grant such a behavior-preservation application (i.e. an anti-suit injunction).

1. Influence of Enforcement of Foreign Court Decisions on Chinese Proceedings

The SPC IP Division held that in determining whether to grant an anti-suit injunction, the court should first examine whether the enforcement of a foreign court decision would have a substantial effect on the trial, adjudication and enforcement of the parallel proceedings in China.  The court may issue an anti-suit injunction if it finds that the respondent’s relevant behavior might hinder the trial of the parallel litigation in China or make it difficult to enforce the relevant Chinese judgments.  In this case, the SPC IP Division held that: (1) the parties in the Düsseldorf judgment and the Chinese cases were basically the same; (2) the issues partially overlapped in the two cases notwithstanding some differences; and (3) in terms of results, if Conversant applied to and was allowed to enforce the injunction decision by the Düsseldorf Regional Court, the three SEP cases now being heard by the SPC IP Division would be interfered and its second-instance proceedings would even become meaningless.

2. Necessity of an Anti-Suit Injunction

3. Balance of Interests between the Two Parties

5. Conformity to Principle of International Comity

The last factor that the SPC IP Division considered is whether an anti-suit injunction would be in line with the principle of international comity.  In this regard, SPC IP Division held that the following factors should be examined: the temporal order by which the cases were filed, whether courts have the appropriate jurisdiction, and whether the impact an anti-suit injunction would have on the trial and adjudication of foreign cases is proportionate.  In this case, the SPC IP Division held that (1) the Chinese cases were filed earlier than the German cases and (2) the impact of the anti-suit injunction on the German case was proportionate since the consequence was limited to the stay of enforcement of the first-instance injunction order, while the German court’s subsequent proceedings would not be affected and legal effect of the German judgment would not be diminished.

Consequence of Refusal to Comply with an Anti-Suit Injunction

Moreover, given the emergency, the SPC IP Division, according to Article 100 of the Civil Procedures Law, issued the anti-suit injunction within 48 hours, without a prior hearing and with an immediate enforcement of it.  Conversant may apply for a reconsideration of the anti-suit injunction, but its enforcement would not be stayed during the reconsideration.  Also, according to subparagraph 6, paragraph 1 of Article 111 (regarding consequences of refusal to comply with an effective court judgment or ruling) and paragraph 1 of Article 115 (regarding fines between RMB 50,000 and 1,000,000 that may be imposed on legal entities), the court ruled that if Conversant did not comply with the anti-suit injunction, it would be fined RMB 1 million for each day of incompliance.  Chinese courts rarely set a penalty for refusal to comply with behavior preservation orders.  This is also the first time for the SPC to rule that fines under the first paragraph of Article 115 of Civil Procedures Law can be accrued on a daily basis.

[3] The 15 patents fall into 10 families, of which 11 patents in 10 families were held by Conversant before Huawei filed the cases before Nanjing Intermediate Court, and another four patents in four families were transferred to Conversant amid the court proceeding and then added into the trial with consent of both parties.

[7] The docket number of the German case against Huawei is 4b O 48/18.  The Chinese patent of the same family, ZL 00804203.9, has been declared valid in administrative invalidation proceedings but was held as non-essential to relevant standard by Nanjing Intermediate Court.

[8] The docket number of the German case against Huawei is 4b O 49/18.  The Chinese patent of the same family, ZL200680014086.7, has been declared invalid in administrative invalidation proceedings.

[9] In addition, Düsseldorf Regional Court also rendered first-instance decisions in the cases involving EP1173986 where the defendants were found to have infringed the disputed patent but no injunctive relief was granted due to the expiration of the patent.